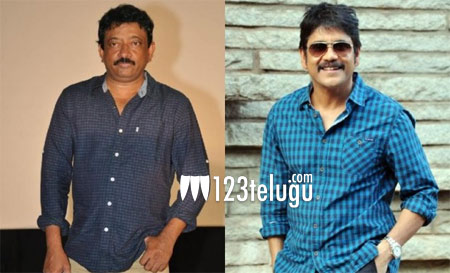 By now everyone knows that Ram Gopal Varma will be doing a film with Akkineni Nagarjuna. This news was revealed by Nag himself during the promotions of Raju gari Gadhi2.

The latest we hear is that the film will go on floors from the 20th of this month in Annapurna Studios. The interesting aspect is that the shooting of Shiva also began in the same studio and this makes a full circle to RGV’s career in films.

Nothing much is known about the film or its genre and it will be very interesting to see how this film will be made by RGV. Watch out this space to find out more details of this project.