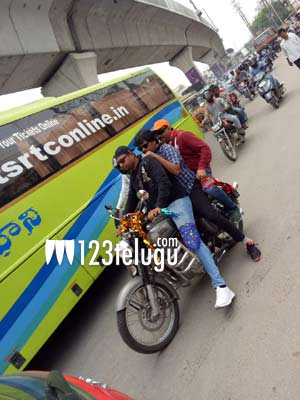 A photograph of RGV riding pillion while his former AD and RX 100 director Ajay Bhupathi rode a Royal Enfield. Lakshmi’s NTR director Agasthya Manju is seen sitting in the middle. The trio was captured while going to Sree Ramulu theater in Hyderabad this afternoon.