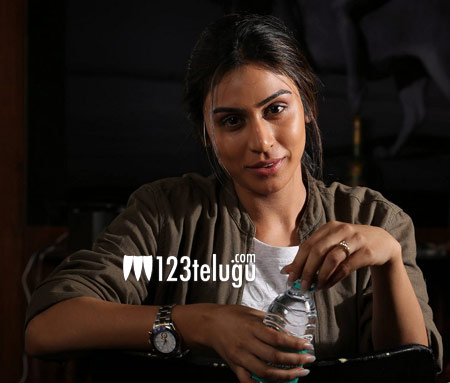 Maverick director Ram Gopal Varma is currently shooting for his highly-anticipated film starring Nagarjuna. Fans are expecting nothing less than a blockbuster from the Siva duo. The film’s first schedule is underway in Hyderabad.

Meanwhile, there have been several rumors about the actress who will play the female lead opposite Nagarjuna. Anushka and Tabu were rumored to be the film’s leading lady. But much to everyone’s surprise, RGV has finally zeroed in on a newbie named Myra Sareen for the female lead’s part.

RGV took to Facebook and posted several photographs of Myra Sareen, saying that she is playing the female lead in his film with Nag. Myra has already begun shooting for this highly-anticipated action thriller.