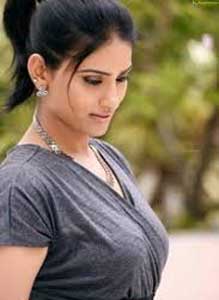 It is a known fact that RGV made a film called Naked Nanga Nagnam a few weeks back and Sri Rapaka played the female lead in it. From the last few days, there is a talk that RGV is all set to make a sequel to the film.

The news now is that RGV has roped in Sri Sudha for the sequel. For all those who do not know, Sri Sudha acted in films like Arjun Reddy and Ruler and was also in news for her controversy with a noted cinematographer a few days back.

RGV is high with the release of Power Star that is out on his RGV World theatre now.