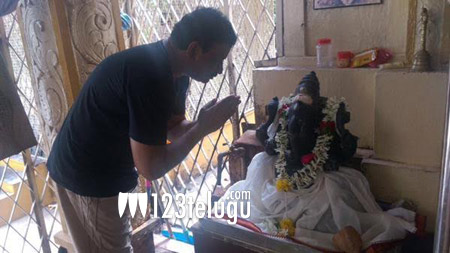 Controversies and legal troubles are nothing new to Ram Gopal Varma. However, RGV finds a way out on most cases. In yet another legal trouble, a Metropolitan Magistrate’s Court in Mumbai has summoned RGV to appear before the court on August 8 in connection with a series of tweets he had posted in August 2014.

According to the reports, a person named Vivek Shetty had moved the Andheri court, alleging that RGV had poked fun at Lord Ganesha on his Twitter profile. Vivek alleged that RGV questioned the ability of Lord Ganesha in removing the obstacles from the path of his devotees and also made fun of the physical appearance of Ganesha.

RGV tweeted on August 29, 2014, “The guy who couldn’t save his own head from being cut, how he will save others heads is my question? But Happy Ganpathi day to morons!” RGV went on to tweet, “Can someone tell me if today is the day Ganesha was originally born or is it the day his dad cut his head off?”

Soon after his tweets invited severe backlash, RGV had deleted his tweets and went on to say, “All tweets I put on Ganesha were in my usual manner but unintended by me to hurt anyone’s sentiments…but if they did, I sincerely apologize.”