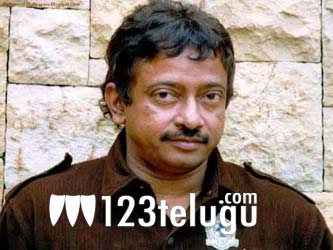 RGV’s infatuation with his latest muse, Nathalia Kaur doesn’t seem to end anytime soon. Ever since he has announced that she’s dancing for an item number in his upcoming Hindi film Department, he has been tweeting a lot about her explaining how beautiful she looks. Couple of days ago, he even announced that he’s so smitten by her beauty that he would like to make a film named Andham with Nathalia in lead role. Today, he has gone a step ahead and announced that he’ll make a romantic thriller with Rana Daggubati and Nathalia in lead roles. “Many actresses I know shy away frm doing item songs for fear of being typecast..but an item song fr a girl is nothing but a moving portfolio. More than a still picture layout for a folio or magazine an item song will give more details like her dancing nd expressing abilities etc. Only bcos I saw first hand hw good Nathalia is in dancing nd in her ability to emote in the item song did I see her potential as an actress.

Apart frm being a fantastic looker the fact tht she cn also act so very well is what whch made me decide to do a feature film with her. I am going to do a an action thriller romantic film starring Rana Daggubati and Nathalia kaur nd the shooting will start very soon,” he revealed on his Twitter page. Over the past few years, he has made it a point to rave about his heroes and heroines, but this time he’s on an overdrive. During the time of Bezawada’s release, he praised that Naga Chaitanya was better than Nagarjuna and recently at the success meet of Businessman, he told the media that Mahesh Babu is the best actor in the country. Now, he’s raving about Nathalia Kaur. Is it yet another publicity stunt for Department or has he really found his new muse? Lets wait and watch.