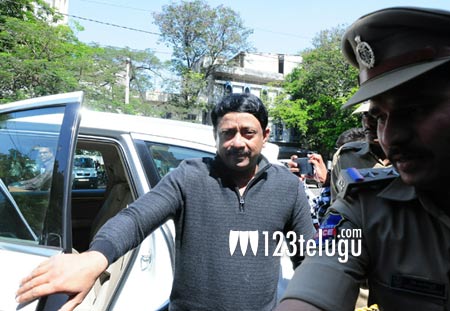 All these years, eccentric genius Ram Gopal Varma made countless audacious comments on various celebrities and burning issues in the country and got away with it smartly. But his alleged derogatory comments against a social activist named Devi during his latest short film GST’s release landed him in deep trouble.

Acting on a complaint filed by Devi, the Hyderabad Central Crime Station police had issued notices to RGV around 10 days ago, asking him to appear before them for an inquiry. RGV, who was in Mumbai shooting for Nagarjuna’s film, submitted himself before the CCS police this morning. The cops are grilling RGV amid tight security.