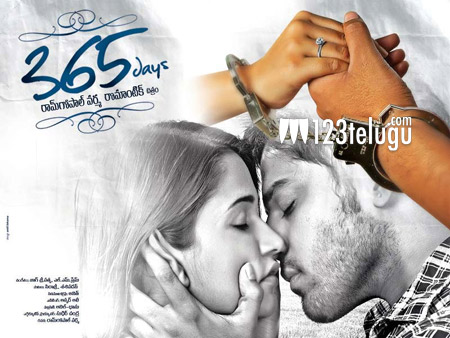 Maverick director Ram Gopal Varma, who is quite popular for his gangster and horror films, is making a comeback to the romance genre with an upcoming film ‘365 Days’. RGV has pinned all his hopes on this flick as he has directed a romance genre after over a decade.

This film recently completed its Censor formalities and received a clean ‘U’ certificate. The music for this flick is scored by Nag Srivatsa. Nandoo and Anaika Soti will be seen in lead roles.