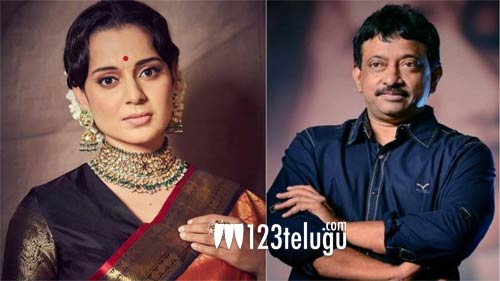 Starring Bollywood actress Kangana Ranaut in the titular role, the grand promo and Kangana’s screen presence in the trailer have been getting overwhelming responses from all quarters.

Meanwhile, highly impressed with the Thalaivi trailer, controversial director Ram Gopal Varma took to Twitter and heaped praises on Kangana. He also went ahead and concluded that Kangana is the world’s most versatile actress.

Being directed by AL Vijay, Thalaivi will have a simultaneous release across India on April 23, 2021.

Well @KanganaTeam ,anyone with strong opinions is bound to provoke extreme reactions ..I must confess I felt urs a tall claim when u compared with Hollywood greats,but I now apologise and agree 100% that no other actress in the world has ever had ur versatility 💪💐👏 https://t.co/MqGCLHePJK