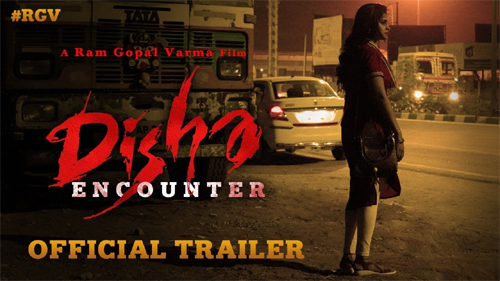 The trailer for Ram Gopal Varma’s upcoming crime thriller, Disha Encounter, has been released this morning. The trailer is a realistic retelling of the November 26, 2019 gang-rape and murder that shocked the entire country.

Newcomer Sonia Akula plays the titular role in this intense drama. As a tribute, RGV is releasing the film on November 26 this year. RGV’s protege Anand Chandra has directed the film, which has been produced jointly by RGV and Natti Kranthi and Natti Karuna. Srikanth Iyengar plays a key role in the film.