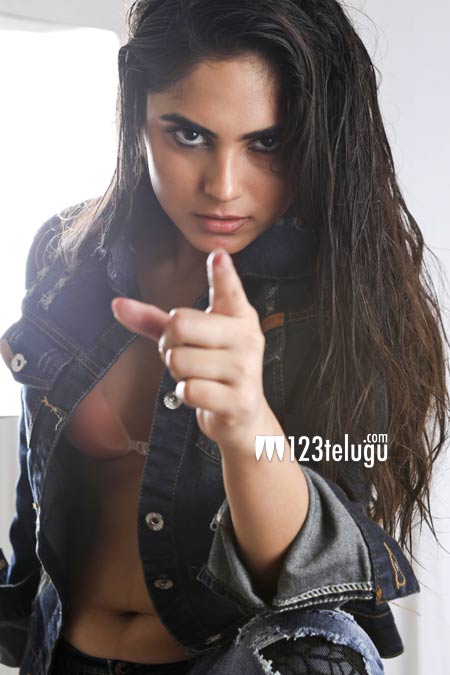 Director Ram Gopal Varma’s controversial movie, Vangaveeti, has been the talk of the town ever since the movie was announced earlier this year. The buzz got even more intensified with the recently released trailer.

Now, it’s the film’s heroine Naina Ganguly who is raising the heat with her sensuous photoshoot. Today, several steamy photographs of Naina Ganguly made a huge splash on social media and the young debutant has made a strong statement that she has no inhibitions in showing off her curves.

In Vangaveeti, Naina Ganguly plays Vangaveeti Ratnakumari, a demure, middle-class housewife. But her latest photoshoot shows the other side of this sizzling beauty.