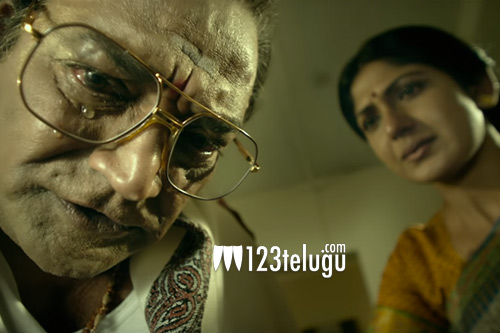 Ram Gopal Varma’s controversial political drama, Lakshmi’s NTR, released in Telangana in March. However, the film didn’t make it to the theaters in Andhra Pradesh following a stay order issued by the High Court of Andhra Pradesh. Several TDP leaders had moved the court, alleging that the film was made with a motive to damage the reputation of NTR’s son-in-law and AP CM Nara Chandrababu Naidu.

Now, Lakshmi’s NTR seems to be seeing the light of day in AP finally. RGV took to Twitter this evening and revealed that Lakshmi’s NTR will be released on May 1. However, we will have to wait until the film actually hits screens. The film had received mixed reviews upon its release in Telangana and other areas. It remains to be seen whether the AP audiences will lap up the film or not.

Finally #LakshmisNTR is now releasing on MAY 1ST in ANDHRA PRADESH ..Come watch the conspiracies that happened behind NTR ‘s back pic.twitter.com/GWyFYj4OY0