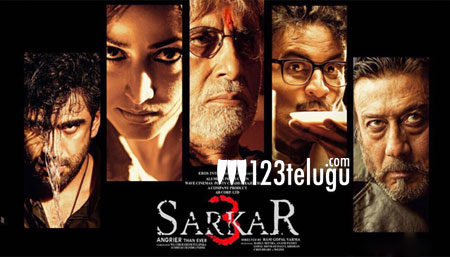 After an overdose of promotions, Ram Gopal Varma’s Sarkaar 3 finally opened today. Even though the film had some good openings, the reviews and mouth talk has been quite mixed.

Noted critics from Mumbai have stated that the third part is not as good as the previous one with the plot becoming quite stale and predictable. RGV is going through a tough time as none of his films have become good hits at the box office.