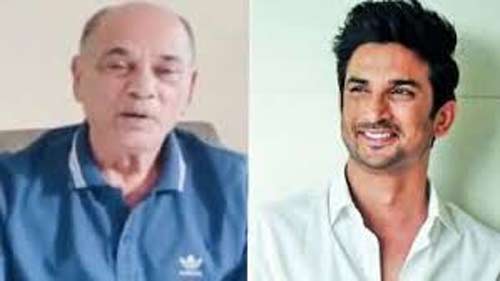 So much is being said and done in Sushanth Singh’s case. The CBI has started its investigation and with each passing day so many twists and being unraveled in the case.

For the first time, Sushanth’s dad, KK Singh has spoken up. A small clip of him speaking about Rhea has gone viral. In the video, he says that Rheas has poisoned his son and has murdered him and the authorities should arrest her at once.

This has shocked many in the general public. Right from the first day, Rhea has been on the radar in the case. She is yet to be called by the CBI in this investigation. Only time will tell as to what will happen to her.

#WATCH Rhea Chakraborty was giving poison to my son, Sushant from a long time, she is his murderer. The investigating agency must arrest her and her associates: KK Singh, #SushantSinghRajput's father pic.twitter.com/EsVpAUlZMt