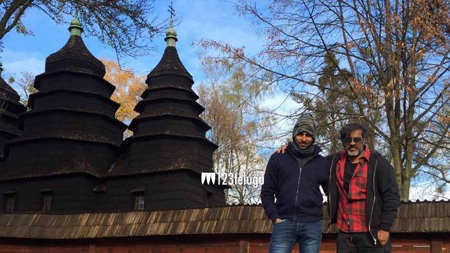 Some time back, we had reported that the unit of Sai Dharam Tej’s Winner has moved to Ukraine. Some very important scenes are being shot there and unit sources reveal that cameraman Chota K Naidu is doing a superb job and is capturing the surroundings in a stunning light.

The unit will also move to Turkey for a brief schedule. This is the highest budget for a Sai Dharam Tej film till date and the makers are leaving no stone unturned and are showcasing both Tej and the film in a grand way. Gopichand Malineni directs this film which has Rakul Preet as the female lead.