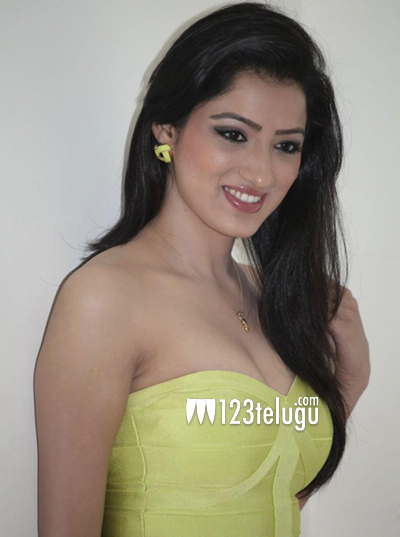 We’ve seen the tall, lissome Richa Panai make all the effort to dub for her role in her first film Yamudu Ki Mogudu. The hard working actor after a long wait bagged Chandamama Kathalu, in which she was seen as a young Muslim woman who ditches her boyfriend for a wealthy Arab husband only to be fooled royally by him and his family.

After having done a glamorous and then a role of substance the actor is all set to don the role of a village belle in Luva Kusha starring Varun Sandesh. It is a dual role for Varun and Richa will play his love interest for one character.

The shoot has in fact began and Richa is off to Mumbai for a brief holiday, she says she will resume work after a couple of days. “He is the only brother I have and it is his shaadi, I can’t miss it. I am excited about the film too, I love playing a village girl, Indian dresses suit me a lot especially the half saree. Looking forward to working with Varun Sandesh,” says Richa.

Another heroine who plays a parallel lead is a newcomer.