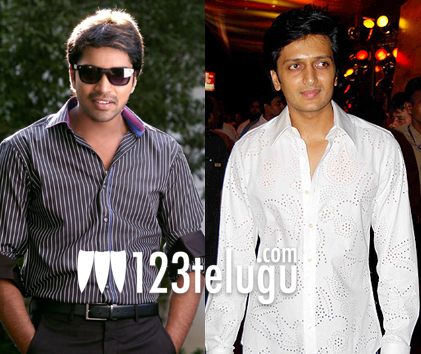 Comedy King Allari Naresh’s ‘Sudigaadu’ has done a phenomenal business at the Box Office and the movie has caused many folks in Bollywood to sit up and take notice. Noted Telugu producer Daggubati Suresh Babu is producing a Hindi remake and Riteish Deshmukh will be the hero in this project. The movie has been titled ‘Filmy Picture’ and it will be altered slightly from the Telugu version to make it more suitable for Hindi tastes.

The other members of the cast are yet to be finalized and a decision will be taken in this matter soon. Suresh Babu has picked up the rights as soon as Sudigaadu generated a super hit talk and he is now eyeing a big success in Bollywood with this project.