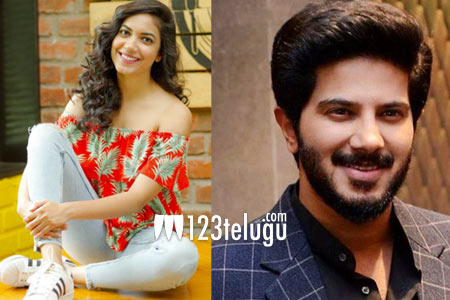 Ritu Varma is going places and how! After impressing everyone in Pellichoopulu, the actress went on to bag a lead role in Gautham Menon-Vikram’s film and now, she has signed a film with the Malayalam star Dulquer Salmaan.

The untitled film is going to be directed by Desingh Periyasamy, an award winning short filmmaker. Apparently, it’s a direct Tamil film, and more details will be revealed soon.

Currently, Dulquer is awaiting the release of ‘Solo’, and he’s also playing the role of Gemini Ganesan in Mahanati. No wonder, Ritu is excited about bagging this plum role in Dulquer’s next.