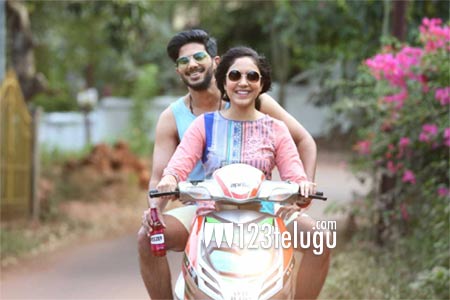 Kanulu Kanulanu Dochayante, featuring Dulquer Salmaan and Ritu Varma is ready for a release now. The latest we hear is that the film will be out on the 28th of this month.

The film is the dubbed version of the Malayalam-language romantic thriller ‘Kannum Kannum Kollaiyadithaal’. Written and directed by Desingh Periyasamy, the film is coming in the production of Viacom 18 Studios and Anto Joseph Film Factory.

KFC Entertainments has acquired the Telugu version’s rights. The film is a romantic drama with a different kind of theme and we need to see how will it work in Telugu.