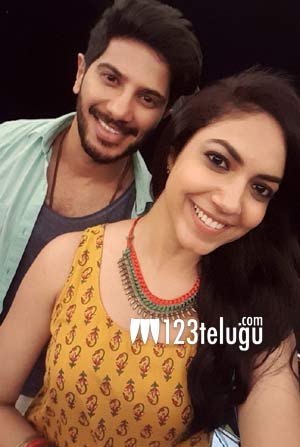 123telugu had revealed that Ritu Varma of Pelli Choopulu fame is doing a Tamil film along with Dulquer Salman. The latest we hear is that the unit has wrapped up the first schedule of the film today.

Touted to be a love story, the film has been titled Kannum Kannum Kollai Adithaal and is being directed by Desingh Periyasamy, an award-winning short filmmaker.

The film is a straight Tamil film and will also be dubbed in Telugu. An excited Ritu Varma posted a picture of her and Dulquer from the sets.