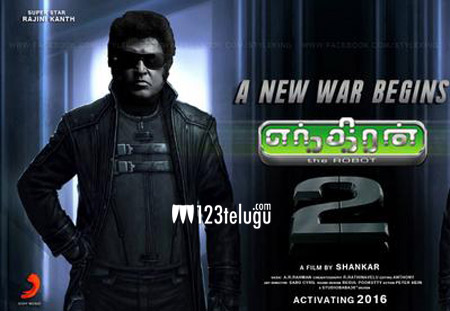 It is already a known fact that Rajinikanth and Shankar will repeat their hit combo for the sequel of Robo. Latest update reveals that the film which was supposed to be launched on the 12th of December has been postponed indefinitely due to Chennai floods.

Reports reveal that it was Rajini who requested Shankar to call off the launch as the city was going through a huge turmoil from past few weeks. Lyca Productions is the banner behind this film and A R Rahman will compose the music. Robot 2 will be made on a mammoth budget of close to 240 crores.