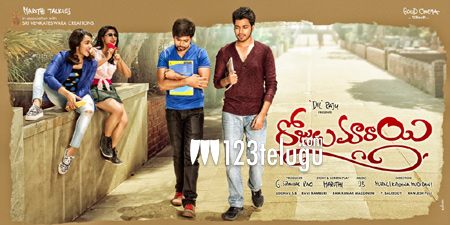 On the 1st of July, a low budget youthful entertainer titled Rojulu Marayi will be released. The film is a joint collaboration of leading producer Dil Raju and hotshot director Maruth and it stars young actors Tejaswi, Krithika, Chethan and Parvatheesam.

Today, Rojulu Marayi completed its censor formalities with a U/A certificate. The film is directed by debutant Muralikrishna and its story and screenplay were penned by Maruthi himself. The film’s trailer got a decent response and the film should do well as no notable film is releasing along with it.