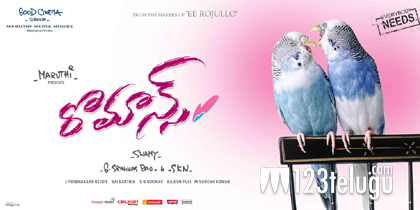 The film ‘Romance’ is getting a pretty big release in Nizam area. Sources say that the movie is going to release in approximately 54 theaters in Hyderabad city and about 130 theaters in Nizam area. This is a pretty big number for a small budget film. Maruthi, who is presenting this movie, has a unique image among young movie lovers and C center crowds. His track record is definitely helping matters.

The film has been produced by Good Cinema Group. Darling Swamy is the director and Prince is the hero. Sai Karthik has composed the tunes for this film.

With the postponement of ‘Yevadu’, this movie is expected to get a good opening at the Box Office.