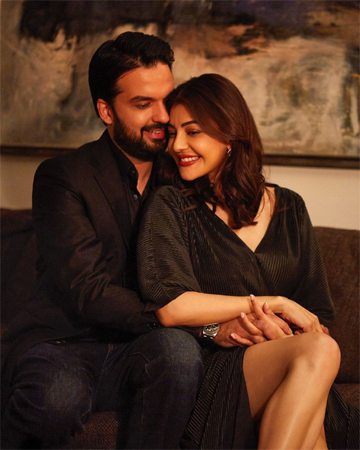 Kajal married Gautam Kitchlu and broke millions of hearts. The time has flown in no time and the couple today celebrate their wedding anniversary.

Kajal posted a romantic picture with her husband and captioned it “I love you even when you whisper in the middle of the night “are you awake? I need to show you this dog video” Happy 1st anniversary from the best thing that ever happened to YOU! ”

There have been so many rumors that Kajal is pregnant but she has not confirmed it as yet. Here’s wishing her a hearty congrats on her first wedding anniversary.