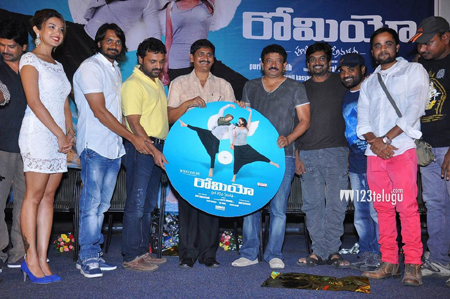 Sairam Shankar starrer Romeo is finally gearing up for release after lying in cans for a long time. Gopi Ganesh has directed the film and it also stars Adonica in the lead role. Valluripalli Ramesh has produced it.

The film’s audio was launched in Hyderabad and few celebrities from the film industry including RGV, Puri Jagannadh and SV Krishna Reddy graced the event. The film’s story and dialogues have been written by Puri Jagannadh and it has a caption ‘Puri raasina prema katha’. Romeo narrates the story of a young girl, who goes on a trip to Europe, and how she ends up falling in love with an boy from India. Ravi Teja has played a cameo in this romantic entertainer.

Sunil Kashyap has scored the music and PG Vinda is the cinematographer. The film is expected to release later this year.