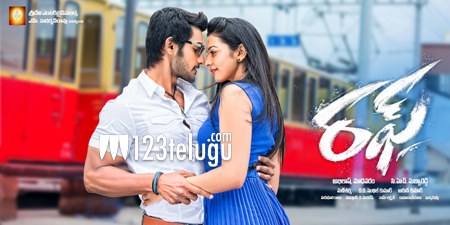 The first look teaser of Rough was released yesterday. Aadi plays the male lead in this film which also has Rakul Preet. Right from the time the trailer went viral, it became the talk of the town.
For the first time in his career, Aadi will be seen in a action packed role, and has worked very hard on his six pack body. Speaking about the film, Aadi’s father, Sai Kumar said that ‘Rough’ will bring Aadi the same image that ‘Khaidi’ brought to Chiranjeevi. Subba Reddy is directing this flick, which is produced by Abhilash.