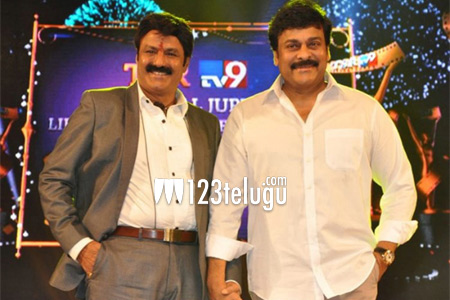 The stalwarts of Telugu film industry Chiranjeevi and Balakrishna locked horns with each other this Sankranthi with their prestigious 150th and 100th movies respectively. Both the actors are now gearing up to kick-start their next movies.

Chiranjeevi’s 151st movie will be directed by Surender Reddy and it’s been titled Uyyalawada Narasimha Reddy, after the first freedom fighter from the Telugu land. On the other hand, Balayya has just launched his 101st project in Puri Jagannadh’s direction.

The latest update is that senior producer C Kalyan has registered Jayasimha title with the Film Chamber. Industrywallahs are buzzing with speculations that this title is for his ambitious movie with Balakrishna, directed by KS Ravikumar. This movie is expected to be launched this summer.