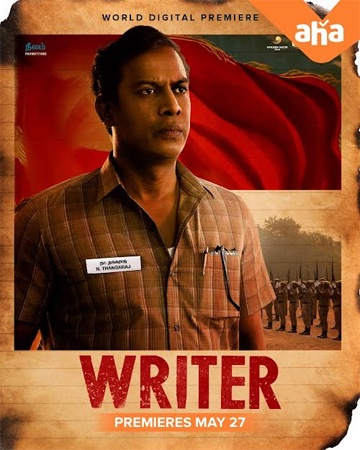 Samuthirakani-starrer Writer became a hit at the box office. Written and directed by the debutant Franklin Jacob, the movie is now dubbed into Telugu and is ready for a release on OTT platform.

Leading Telugu OTT platform Aha has announced that the movie will be premiered on May 27, 2022, in Telugu. To note, the original version is also available to stream on Aha Tamil platform.