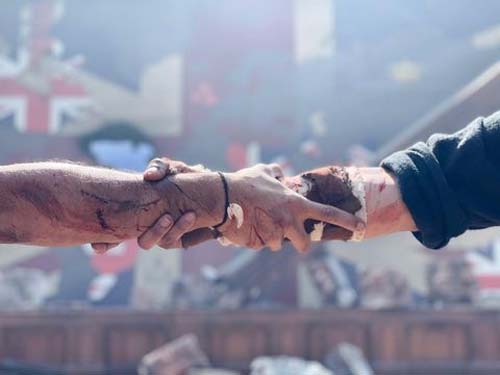 Rajamouli, today gave a key update about his film RRR and made his fans happy. He also posted a snap of the heroes holding hands and said that the climax fight is on as of now.

But many want to know whether this fight will showcase NTR and Charan fighting the British or taking on each other. Most of the ardent fans are of the opinion that RRR will have fights between star heroes like Prabhas and Rana.

Even though Rajamouli told that heroes are coming together in the climax, many are clueless. There is a talk that a fight will surely be showcased between the two heroes in one of the episodes of the film. Only Rajamouli knows how the film will turn out.