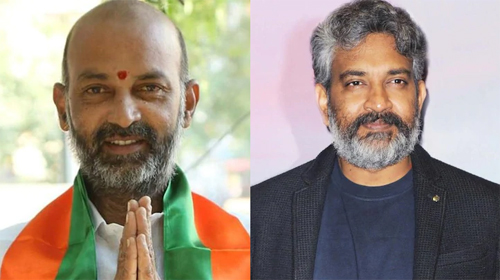 Sanjay warned Rajamouli of physical attacks for showcasing NTR as Komaram Bheem wearing a skull cap and surma in the recently released Ramaraju for Bheem teaser from the highly-anticipated multi-starrer, RRR. He also threatened to destroy the theaters and burn the ‘film reels’ that play RRR if the objectionable scene remains in the movie.

They unanimously opined that instead of resorting to threats, Bandi Sanjay must initiate legal action against Rajamouli or meet the director personally and convince him to remove the controversial scene in RRR. On the other hand, neither Rajamouli nor the film’s crew have spoken about the controversy yet.