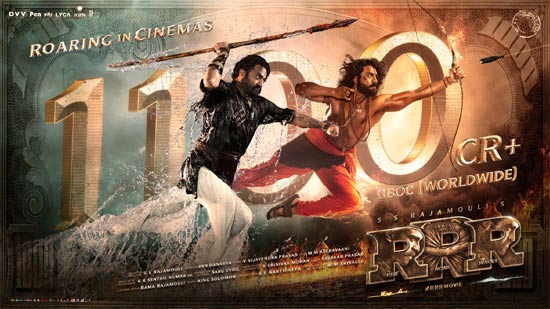 India’s biggest action drama, RRR, starring Jr NTR and Ram Charan is not in a mood to slow down at the box office even after entering its 5th week. Directed by SS Rajamouli, the magnum opus has crossed another sensational milestone.

As per the PR, the movie has grossed more than Rs. 1100 crores at the global box office. This is phenomenal for any magnum opus released after Baahubali 2.