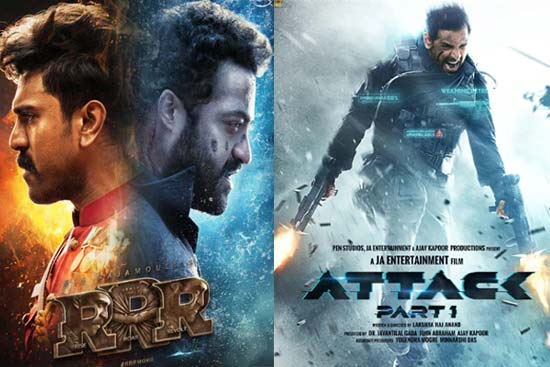 A few days back, John Abraham made some big claims that he will never do a regional film and his new movie, Attack will sustain the RRR storm.

But sadly, the film has failed to take off and has made only 3 crores on day one India wide. On the other hand, RRR made 12 crores on Friday, clearly crushing John’s film at the box office.

RRR has also slowed down the run of The Kashmir Files in the country. As the weekend is on, the collections for RRR will grow and Attack will also be tested big time at the box office.