RRR makers announce the release of a special interview – Deets inside
Published on Mar 15, 2022 1:30 am IST 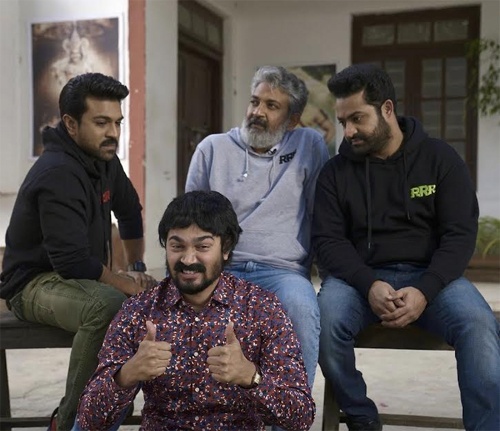 Team RRR is all set for aggressive promotions as the movie’s release date is not so far. As a part of that the trio – SS Rajamouli, Jr NTR and Ram Charan – will be seen in a special yet funny interview, scheduled to release tomorrow.

Bhuvan Bam is a famous Youtuber, who owns a comedy YouTube channel – BB Ki Vines, met with the director and the star heroes of RRR for a special interview. The makers have officially announced it on their social profiles. They also confirmed that the interview called ‘TITU Talks’ will be out tomorrow at 5 PM.

The biggest action drama has Alia Bhatt, Ajay Devgn, Samuthirakani, Shriya Saran and others in significant roles. Produced by DVV Entertainment, the movie has MM Keeravaani’s music. RRR will hit screens across the globe on March 25, 2022, in major Indian languages.