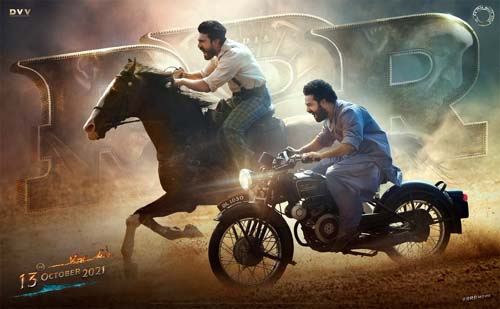 RRR is a film that has made the country quite excited. The latest promo has also made the film a hot cake in the trade circles and the pre-release business has taken an all-new high.

The team is in Ukraine as of now and the news from the team is that one more promotional song will be out in the days to come. This time, Rajamouli will can this song himself.

Talks are on as of and a final decision will be taken when Rajamouli wraps up two songs in Ukraine. DVV Danayya produces RRR which has music by Keeravani.