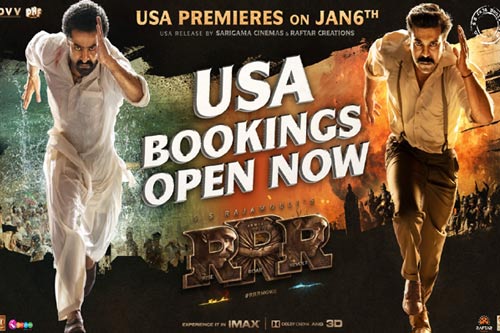 Major cinema chains across the USA have opened the advance bookings for Rajamouli, Jr NTR, and Ram Charan’s RRR. And fittingly enough, the film is setting new records already.

The pre sales for the premieres of RRR were clocked at $175K while we were typing this. The film managed to collect $175K in just a few hours and the number will be getting bigger and bigger with every passing day.

No other Telugu film had collected $175K from pre-sales days ahead of its release. RRR is now creating new records when it comes to advance bookings. The film will be releasing in theaters from 7th January 2022.