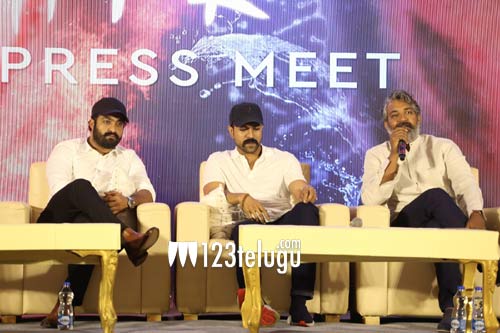 Rajamouli is a man of clarity. He made some very interesting comments at the press meet today. When asked which other heroes he would have roped in if NTR and Charan said no to the project.

Reacting strongly, Rajamouli said that if anyone of the heroes denied the offer, he would have never made the film and would have chosen a different story.

This shows how clear Rajamouli is regarding the star cast of the film. He feels that only these heroes could do justice to the roles.