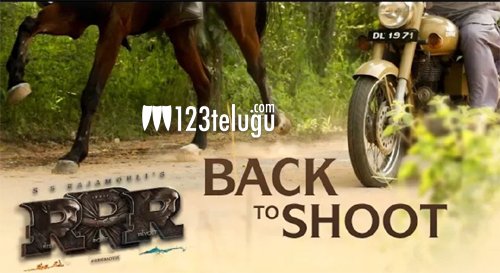 Fans of NTR and Ram Charan were so disappointed when the shooting of RRR was stalled due to COVID 19 lockdown. The film which was supposed to release in Jan 2021 has now been postponed.

So many films resumed their shoot but RRR took a lot of time to get back because their team was huge. Finally, the team started shooting yesterday and fans are super happy.

The team also told us that there will be a special announcement today and it has come out finally. The news is that the teaser of Bheem which is NTR’S character will be unveiled on the 22nd of October. The makers released a small video which showed that they are back on sets in a special way.

Produced by DVV Danayya, this film has Alia Bhatt and Ajay Devgan in crucial roles.