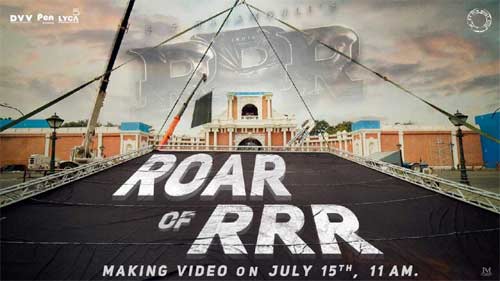 Here’s an exciting update on NTR and Ram Charan’s highly-anticipated multi-starrer, RRR. The makers of this Rajamouli directorial today announced that a making video, titled Roar of RRR, will be released on July 15 at 11 AM. The announcement poster features a set and giant cranes, black and blue screens.