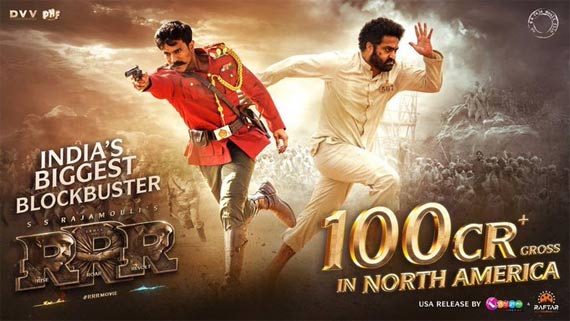 RRR is going on a rampage of sorts at the USA box office. The film has now reached a new milestone in the USA market.

RR has collected a mighty impressive $13.3 million in the USA market which roughly converts to Rs 100 crores in Indian currency.

RRR was always billed to be the event film that pulls the audience to the theatres in big numbers and the film is most certainly delivering in this aspect.

RRR has also grossed Rs 1000 crores worldwide, as announced by the makers through an official poster that was released later last night.