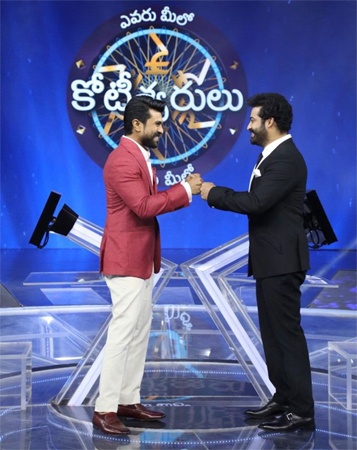 It is a known fact that NTR is doing a TV show called Evaru Meelo Koteswarulu. The show will be aired on Gemini TV and will be hosted by NTR for the first time.

In a way, this episode will also be the start of the promotional campaign for their film RRR that will release on the 13th of October. Let’s see how this episode turns out to be.