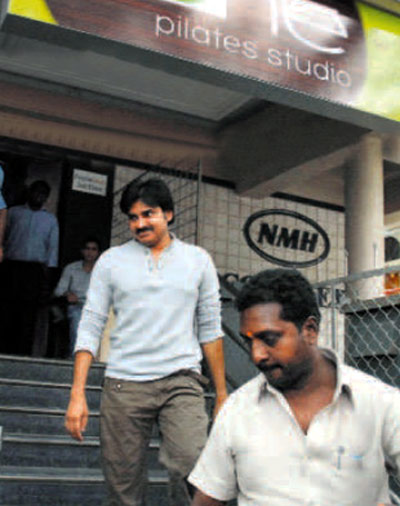 Of late, it has become a trend in Telugu films to spend lavishly on building huge sets. Earlier this year, art director A S Prakash created an entire colony for Seethamma Vaakitlo Sirimalle Chettu and recently YVS Chowdhary revealed that he’s spending Rs 1.5 crores for a song, for which a huge set was built in Annapurna Seven acres, in his upcoming film Rey. On the other hand, Thota Tharani is said to be creating a stunning set for Gunasekhar’s Rudrama Devi.

The latest news is that art director Ravinder has constructed a huge house set for Pawan Kalyan’s upcoming film in Trivikram Srinivas’ direction. Sources say that the house set alone cost nearly Rs 3 crores and it is one of the most expensive sets ever built for a Telugu film. Incidentally, a huge house set was created for Trivikram Srinivas’ earlier film Athadu and it became a popular shooting spot for several years. This new house set has been built specifically for Pawan Kalyan’s film in Ramoji Film City and it has become a subject of big discussion among film circles. Samantha and Pranitha Shubash are playing the lead roles opposite Pawan Kalyan. Devi Sri Prasad is going to score the music and BVSN Prasad is producing the film.