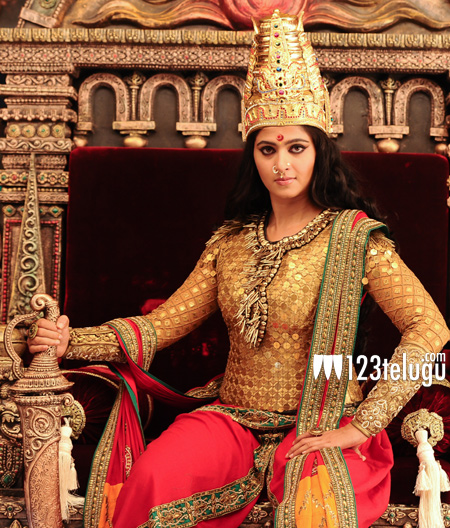 The success of Arundhati catapulted Anushka into a whole new league and after that films like Mirchi and Vedam proved that she can do just about any role. Currently, she’s part of Baahubali and Rudhramadevi, two of the most talked about films in Telugu and she’s extremely excited about them.

In a recent interview, Anushka spoke a bit about Rudhramadevi and said, “The amount of homework we did for Rudhramadevi is unbelievable. I learnt sword fighting and horse riding for the film and every time I look in the mirror after wearing the costumes, I feel really proud that I’m playing the role of Rudhramadevi. I have learnt a great deal about our history through this film. Gunasekhar is taking great care about every aspect of the film and I’m sure that it’ll be a milestone in Telugu cinema.”

Recently, there were rumours that she might team up with Rajinikanth in K S Ravikumar’s upcoming film; however, there has been no official announcement so far. Baahubali is slated for release in summer of 2015 whereas, if all goes well, Rudhramadevi 3D might release at the end of this year.