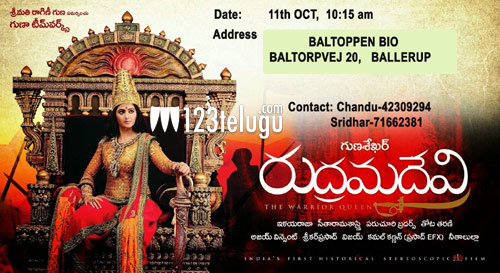 Gunasekhar’s Rudrama Devi is carrying a superb buzz even after getting mixed reviews. The epic period drama opened in huge number of screens world wide and according to the latest update, the film collected a total share of 8 crores after three days of its release in the Nizam area.

Trade punidts reveal that the film will easily cross a share of 12 crores after the completion of first week. Allu Arjun’s aggressive character of Gona Gannareddy has hit the bulls eye as the masses are just loving the mega hero in a unique role.