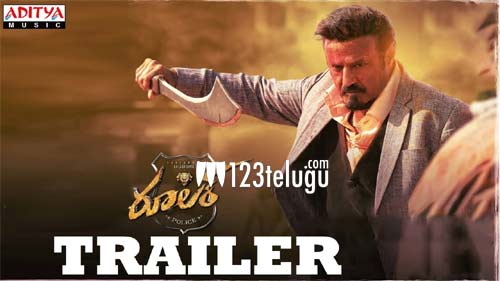 Balakrishna is back with a masala entertainer called Ruler. The film’s trailer is out now and the first impression we get is that the film is going to be a full-on mas entertainer in true Balayya style.

The str hero is seen in two roles, one of a businessman and the other of a cop. The action elements in the trailer are high and the film looks good in content and emotions as in all KS Ravikumar films.

Bhumika is seen in a crucial role and so is Jayasudha. The supporting cast is pretty good and the production values are also good. Balayya is seen in a slim look for this film.

After the debacle of NTR, Balayya is back to what he does the best and that is being proved with the trailer of the film.