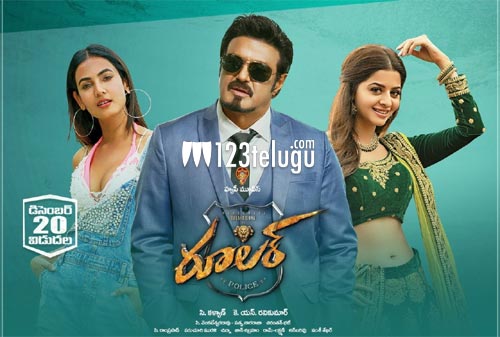 Ruler is Balakrishna’s new film in the direction of KS Ravi Kumar. The film released last Friday and had a disappointing first weekend at the box office.

The film had a below-par Monday and now has collected a total share of 6.9 crores in the Telugu states. These are disappointing collections keeping Balakrishna’s craze in mind.

Ruler is an action drama that had Balakrishna in two roles. Sonal Chauhan played a key role in this film which had music by Chirantan Bhatt. The film is seeing good competition from Pratiroju Pandage which also released last Friday.