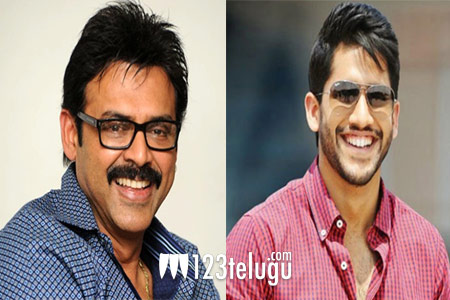 It is a known fact that Venkatesh and Naga Chaitanya are acting in a film called Venky Mama. The film is directed by Bobby and from the past few days, there have been reports that the film has been shelved.

The latest update is that all the reports are false and Venky Mama will go on floors in November second week. People Media Factory, Suresh Productions, and Kona Film Corporation are jointly producing this film.

Venkatesh will start shooting the film first and Chay will join later.