Rumors of rift between Thalapathy Vijay and his father go viral
Published on Nov 9, 2020 12:00 am IST 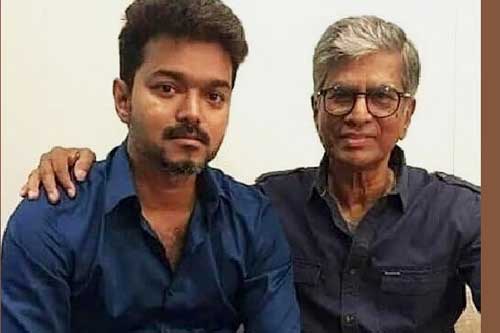 Kollywood circles are abuzz with rumors of rift between star hero Thalapathy Vijay and his father SA Chandrasekhar. The veteran director’s latest comments on his son are adding fuel to the speculations. He recently registered a political party named after his son and it led to the ongoing controversy.

A couple of days ago, Vijay issued a press note, clarifying that he is not entering politics and that he is not associated with any political party. Vijay went on to warn those who use his name and photographs for their political parties. And in a latest interview, Vijay’s father said that he is ready to go to jail if needed.

“Vijay may be a huge star now, but he will always be my son. Whatever I’m doing is only for my son’s well-being. Vijay may not like the idea of a political party now, but he will surely realize its importance and come back to me one day. If Vijay sends me to jail, he will end up creating history as a son who sent his father to jail,” SA Chandrasekhar said.