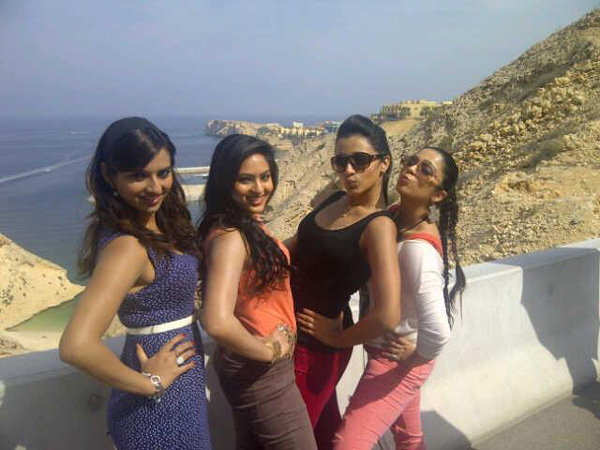 The first schedule of MS Raju’s upcoming film RUM has been completed. RUM stands for Rambha Urvashi Menaka and M S Raju is directing the film. Trisha, Nikesha Patel, Isha Chawla and Charmee are playing the lead roles in this film. For the past 20 days, the film unit was in Muscat, Oman where the first schedule was shot. Several action scenes were shot on the lead cast in the schedule and the entire team is reportedly quite happy with the outcome so far.

“Aaah Chennai..My Chennai..No place in d world beats u !! My bed,my babies n aathu sappadu..Sooooo gooood 2 b homeeee..Blissssss !!!,” Trisha tweeted soon after she returned to Chennai. On the other hand, Charmee reached Hyderabad last night and she’s now gearing up to make an appearance at Telugu Warriors’ match at CCL-3 later tonight in L.B Stadium, Hyderabad.