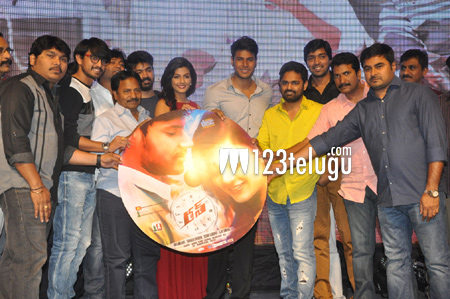 The audio album of Sundeep Kishan’s ‘Run’ has been launched in style. The event was attended by young heroes Raj Tarun and Allari Naresh, along with the movie unit. Sai Karthik has composed the album.

Run is a thrilling romantic entertainer, according to director Anil Kanneganti. The movie has Sundeep Kishan and Anisha Ambrose as the lead actors. The audio function was organised in a glitzy manner at the JRC convention center and producer Anil Sunkara spared no expense to come up with a stylish event.

Run is going to hit the screens in the last week of March.