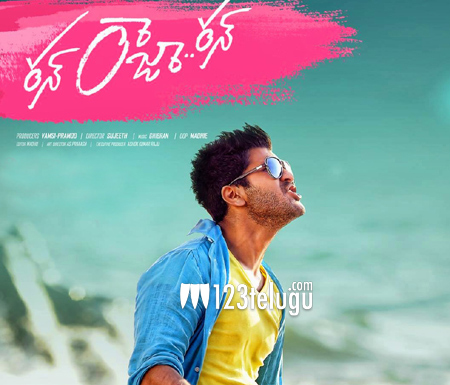 Sharwanand and new comer Seerat Kumar are playing the lead roles in the upcoming film ‘Run Raja Run’. The movie team is currently giving finishing touches to this romantic entertainer, and is ready to hit the screens on August 1st.

Initially the film was supposed to come out on 11th, but was postponed to 18th. Now yet again, this film has moved ahead to August 1st. As there are some post production formalities yet to be completed, the makers have decided to move to a further date.

Sujeeth is the director of this romantic entertainer, and this is his debut film. The story is based on a short film that was shot by himself. Sharwanand will be seen as a cell phone thief in this movie, and he is sporting an all new look.